I invited him to a side conference so I wouldn’t embarrass him in front of the students. I pointed out the error. What happened next was totally unexpected…

I was teaching a photography class to a group from South America. My Spanish skills within the photography specialty were okay, but I preferred an English-to-Spanish interpreter to get it right.

I was in my late 20’s (some 30 years ago). He had 20+ years experience as a trained professional interpreter.

Then at some point, he asked me to pause. Apparently, his “in buffer” was full. He finally spoke everything I’d said. It was like he was trying to learn photography for himself and become the teacher. I adapted to his pace and continued the session.

Then it happened. I had presented an important point about the camera’s “f-stop” aperature. I spoke the phrases,

The interpreter continued absorbing. Then he stopped me and started speaking. Somewhere in the middle of the many sentences he had collected, he got to that phrase. He said,

Please forgive my Spanish as I try to recreate in writing what he said. I think you can get my point. For those who don’t grasp Spanish, my interpreter said, “The large numbers are large holes. The small numbers are small holes.”

That’s exactly the opposite of what I had said!

I wasn’t confident in my Spanish to teach the entire course but it was good enough to detect that blatant error. Some of the students had understood my English and they looked confused.

I stopped. The risks were too high to just roll the dice. The students needed the right information. I invited him to a side conference so I wouldn’t embarrass him in front of the students. I pointed out the error…

If you’re an interpreter reading this, what would you have done in that moment when a client identified your error in the privacy of a side-bar consultation?

* This is an updated version of the article first published August 19, 2019 on Linkedin's Pulse, Risks When a Client Corrects an Interpreter's Errors.

Brought to you by Slate Rocks LLC 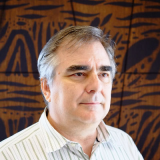 Tom Hoar is a pioneer transforming the translation ecosystem. He founded Slate Rocks LLC to create machine translation software that gives translators a better way to keep more of their earnings. Tom is tenacious and passionate about creating a win-win-win for translators, agencies and clients.

A blog about machine translation, experiences with translators & interpreters and the ontology of small business ownership.

Slate.rocks is the online store for Slate™ products & services with a full-service customer support center: https://www.slate.rocks/.